PE 100 and PE 80 high density polyethylene pipes for the distribution of fluids under pressure and fuel gas. 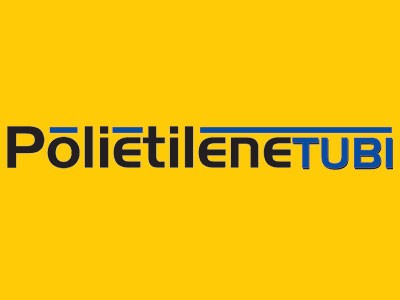 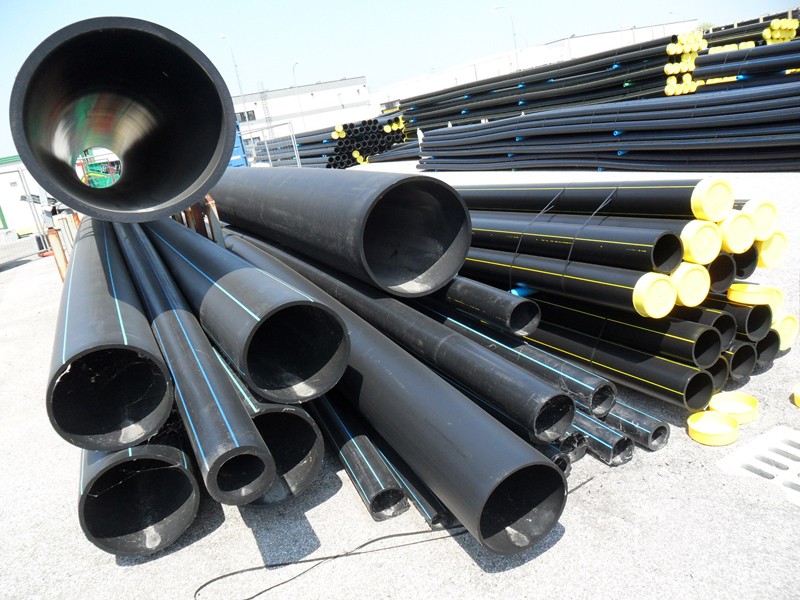 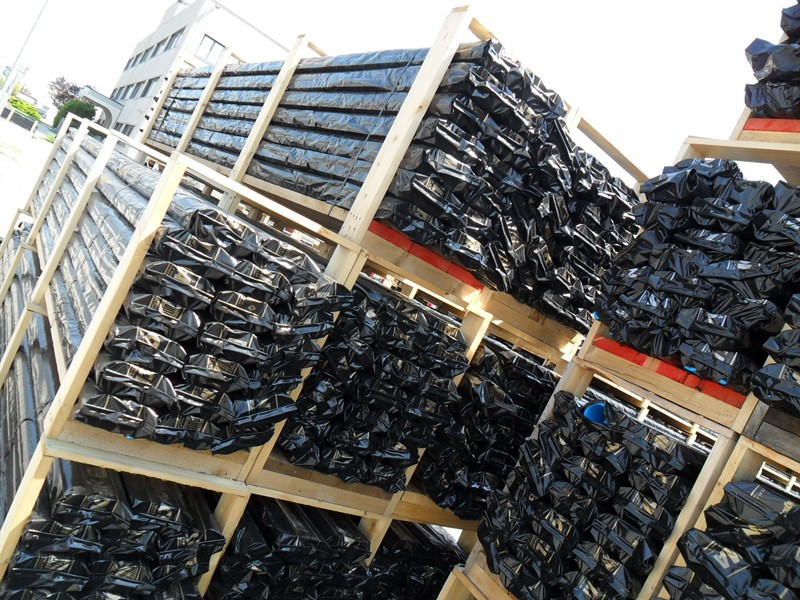 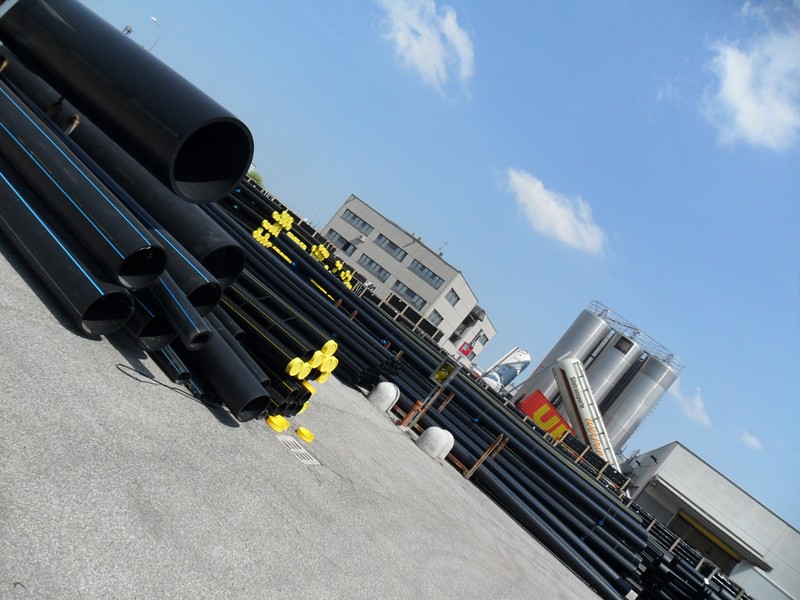 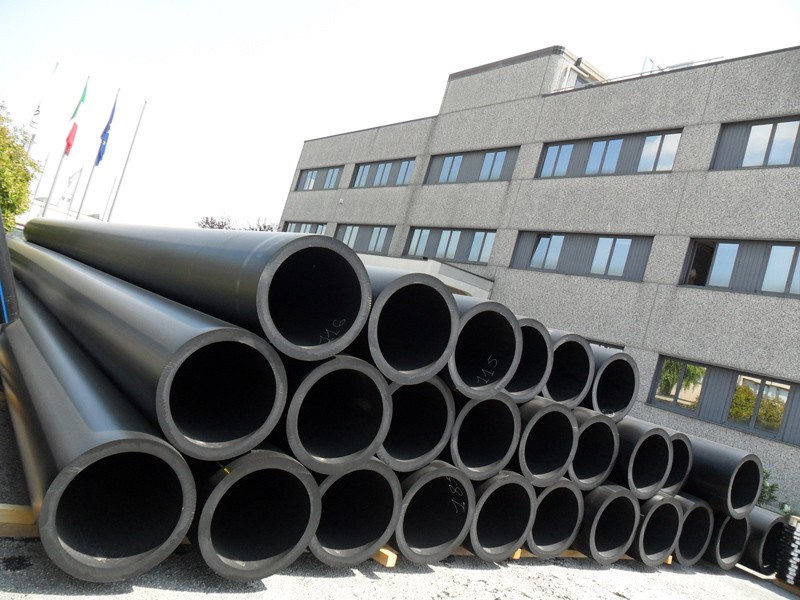 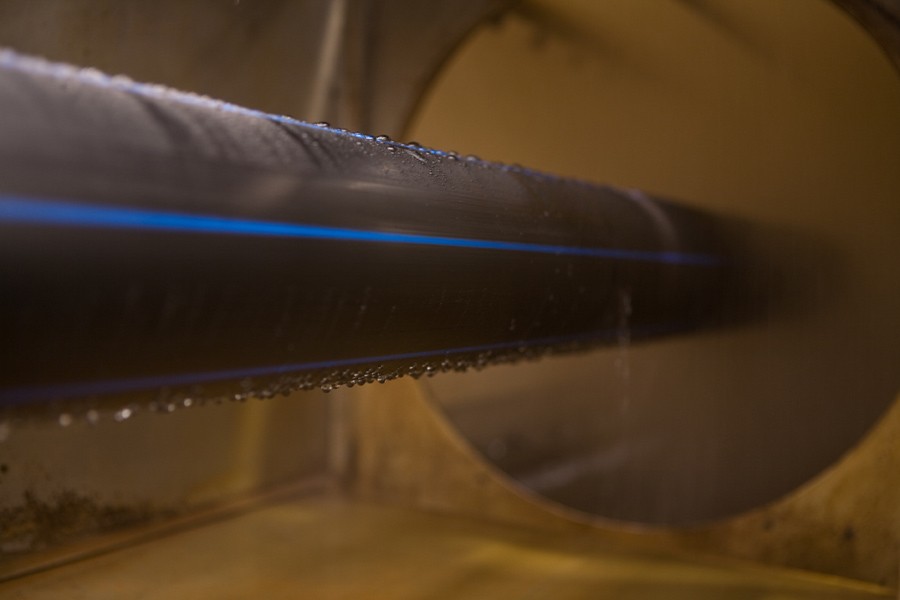 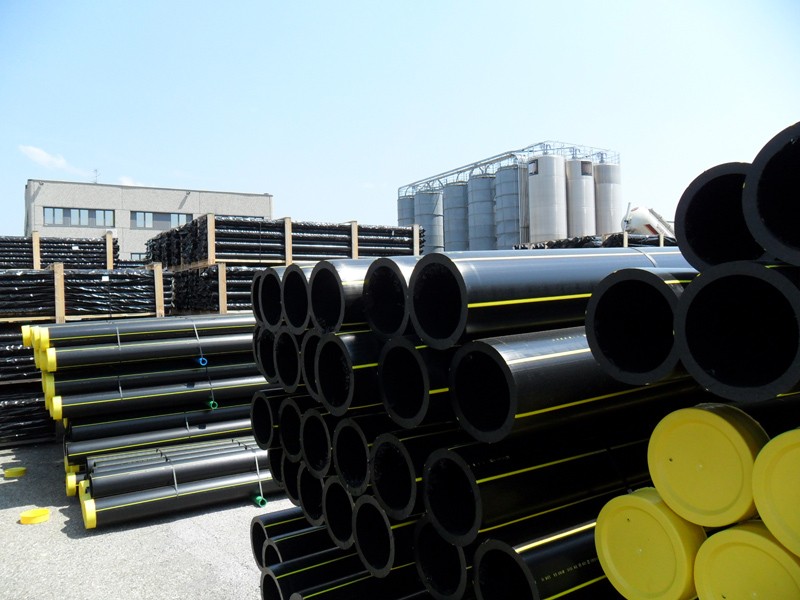 In 1972, NUPI S.p.A. founded its first plant in Imola, close to Bologna, for the production of polyethylene pipes. Thanks to its long-lasting experience, today NUPI Industrie Italiane offers a wide range of high and low-density polyethylene pipes produced in compliance with European standards.

NADIR PE 100 pipes comply with the requirements of the current UNI EN 12201 and ISO 4427 standards for the distribution of fluids under pressure. It is suitable for the transport of water for human consumption, as it conforms to Ministerial Decree no. 174 of 2004, to the prescriptions of Decree Law no. 31 dated February 2001 (and following Legislative Decree no. 27 dated February 2002) as well as to UNI EN 1622 standard about the organoleptic characteristics of transported water. NADIR PE 100 pipes also comply with the requirements of UNI EN ISO 15494 regulations for the transport of industrial fluids.

A big step forward in the resistance to slow crack growth was made possible by the latest generation of high density PE100, developed specifically to allow the use of faster and cheaper technical installations such as:

These new techniques require the use of materials that are more and more resistant: NADIRPlus is the answer! NADIRPlus piping range proposed by NUPI Industrie Italiane S.p.A. includes NADIRPlus Fluidi and NADIRPlus Gas.

NADIRPlus Fluidi and NADIRPlus Gas pipes comply with the same requirements as PE100 NADIR and NUPIGAS (PE 100) pipes and meet the requirements of the German technical standard PAS1075 about polyethylene pipes for installations with alternative installation methods. Moreover, they have a high resistance to slow crack growth and point loads, as they are entirely produced with raw material PE100 RC. Apart from great technical and economic advantages, they ensure great reliability and operating life, even in heavy duty installations.

Low density polyethylene pipes for the transport of fluids under pressure

NUPIPESS BD pipes comply with the requirements of the current UNI 7990 standards for the transport of fluids under pressure with non-continuous operation. Pressure applications such as big water pipelines, fire-fighting networks, sewage systems (covered by UNI EN 12201 standard) and industrial uses (covered by UNI EN ISO 15494 standards) and all plants for which a constantly pressurized operating condition is envisaged are excluded.

NUPI FOGNATURE pipes comply with the requirements of the current UNI EN 12666 standards for the transport of fluids not under pressure.

NADIRSafe is a multilayer pipe designed and developed by NUPI Industrie Italiane S.p.A. to combine the chemical barrier of a PVDF liner and the advantages of a PE 100 RC structural layer resistant to cracking. Thanks to a suitable PVDF inner layer, the pipe has excellent performance characteristics for the transport of drinking/industrial water containing disinfectant agents such as chlorine oxide, chlorine, chloramines, a particularly burdensome application for polyethylene pipes.

NADIRSafe conforms to the following standards: 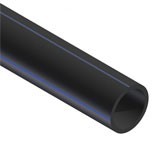 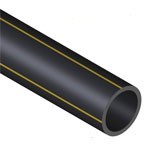 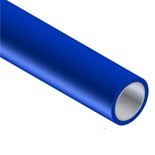 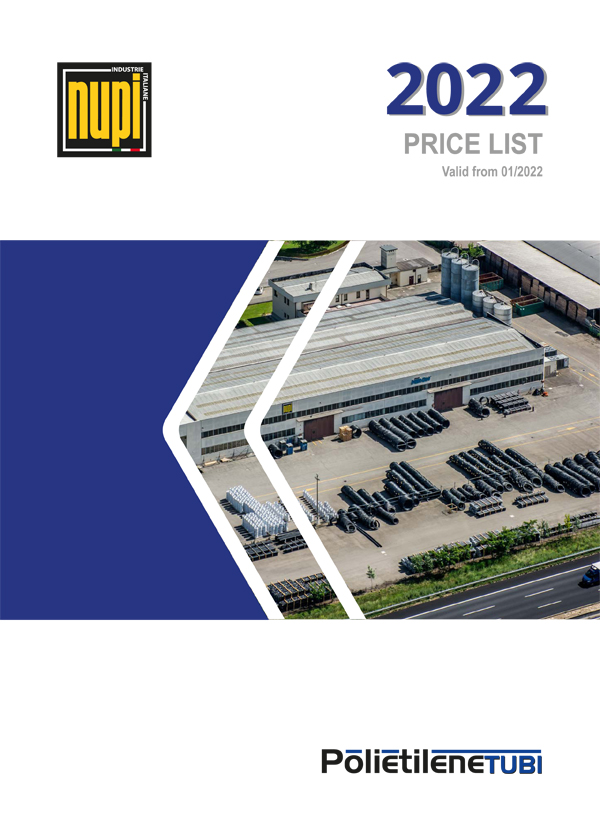 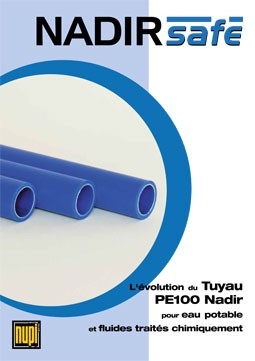 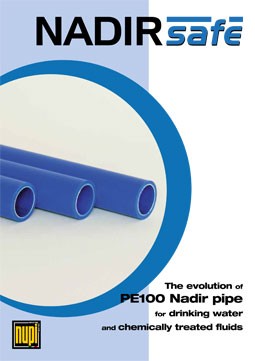 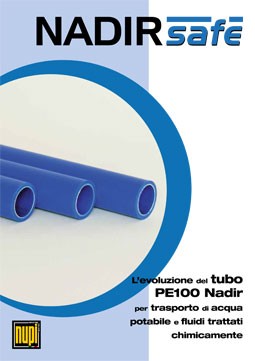 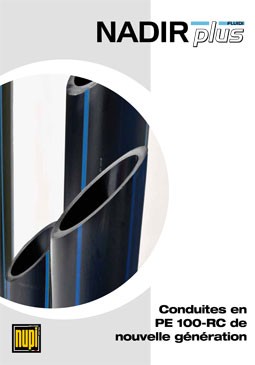 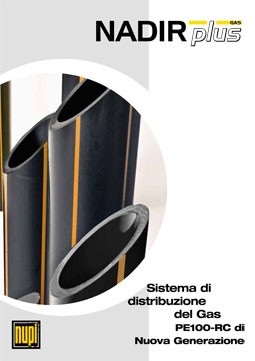 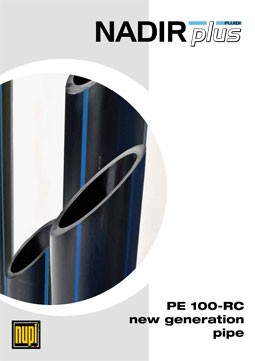 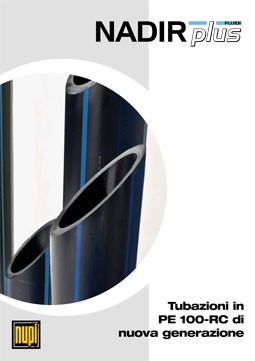 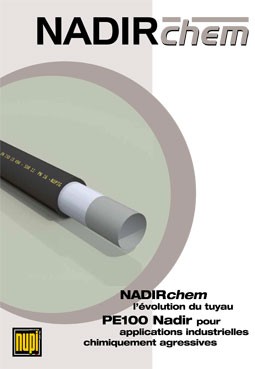 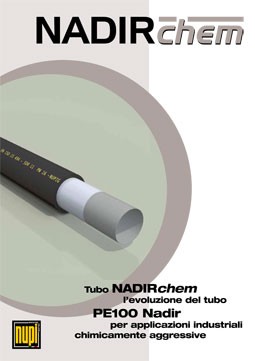 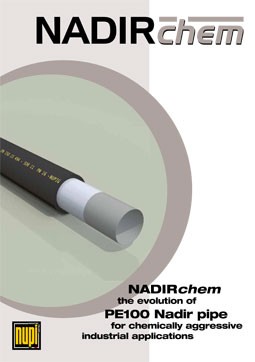 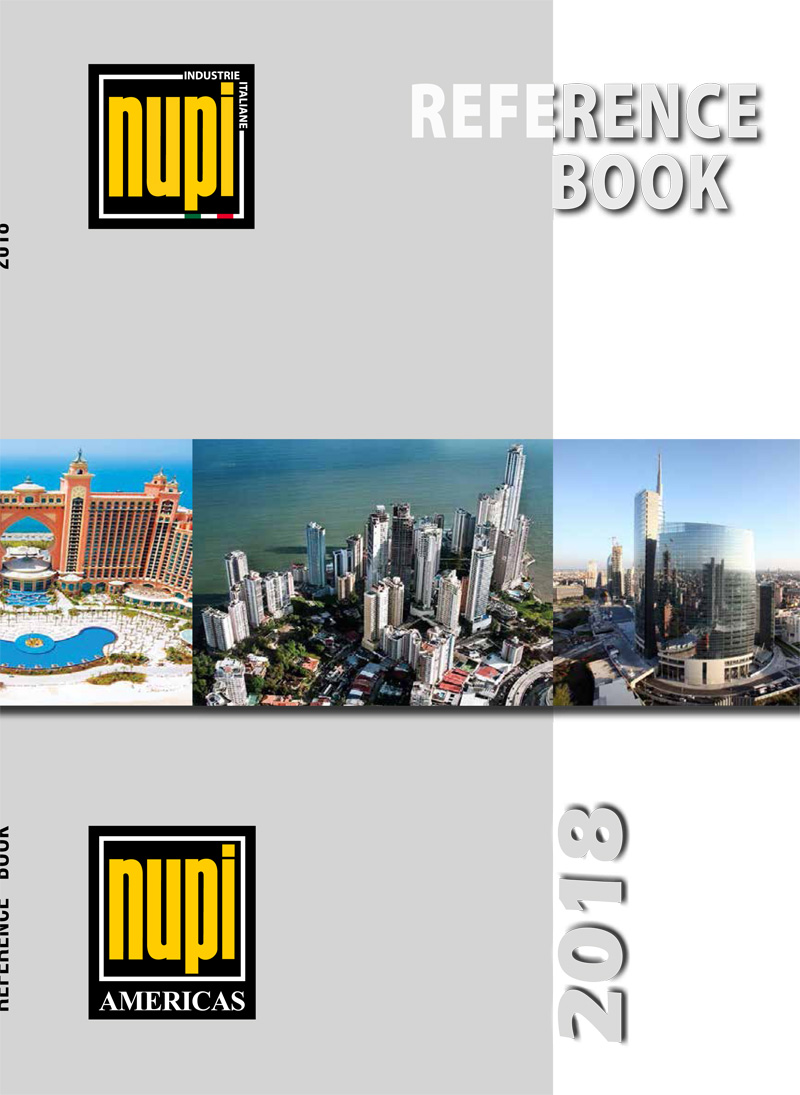 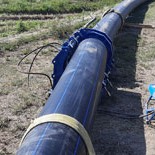 PORT OF ANTWERP (THE NETHERLANDS) 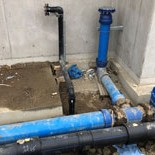 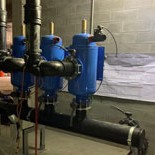 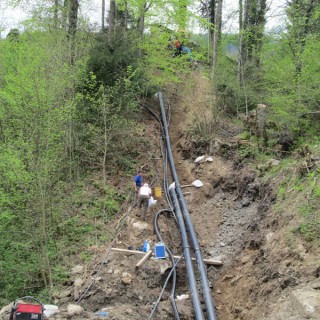 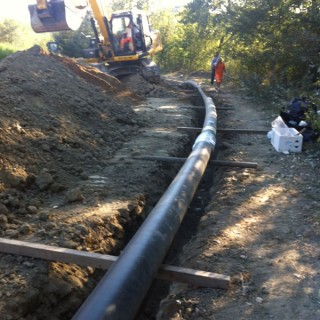 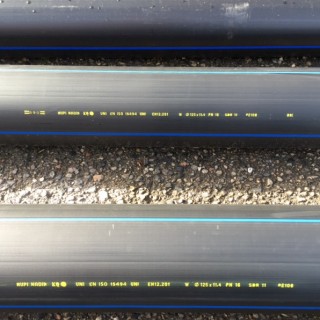 Nrgeo | Geothermal Exchangers for the exploitation of Subsoil Heat Energy

Smartlpg | Complete Pipe and Fitting System for the transport of LPG